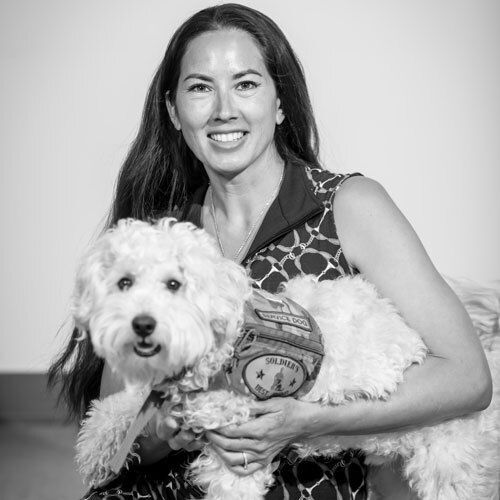 I have been suffering from PTSD for about 12 years now ever since I was deployed to Iraq and witnessed some terrible things while serving in the United States Air Force. PTSD left me fighting with depression and anxiety, especially in public spaces. I really don’t like to drive anywhere especially in rush hour traffic. I found Toffee after waiting for months for an adoption and couldn’t be happier with his temperament and love. The bond formed between dog and veteran was powerful and immediate. Whenever I start to have an anxiety attack, Toffee is right there, putting his face up to mine, saying “it’s okay I’m here for you”.

The training we have received from SBF has been life changing and I feel that I can be in public spaces now with Toffee by my side.