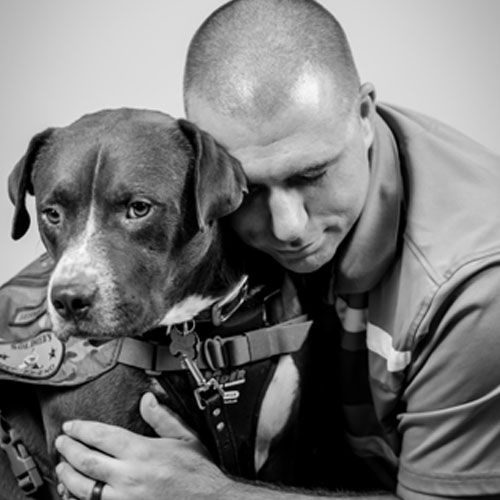 I think the moment Moab and myself really became a team luckily happened fairly early on. We use a modified deep pressure technique in order to manage my PTSD and help me focus on something else during times of intense pain. One afternoon I was in extreme pain and after we'd been doing deep pressure therapy for awhile I realized I was hearing snoring. I looked down and saw Moab was fast asleep. At the time I thought that if he was comfortable enough with me to fall asleep then we were obviously a team. It wasn't until later until I learned that was just Moab and that he REALLY liked his naps.