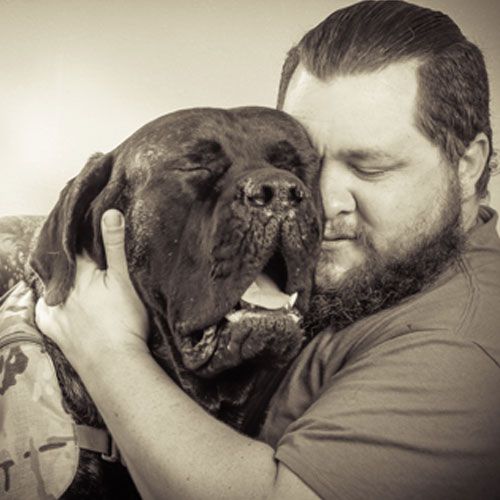 I just wanted him [Toki] to keep people at arm’s length, but with his mush face, it doesn’t work out so well. Everybody wants to come up and pet him and, in a way, that’s helped out too because now I have to interact with people who want to come up and pet him and pinch his cheeks and flap his jowls around. It’s forced me to interact with people that normally I wouldn’t want to. It was definitely an unexpected bonus that I got out of it. It’s like, ok, now I really have to work on my people skills.